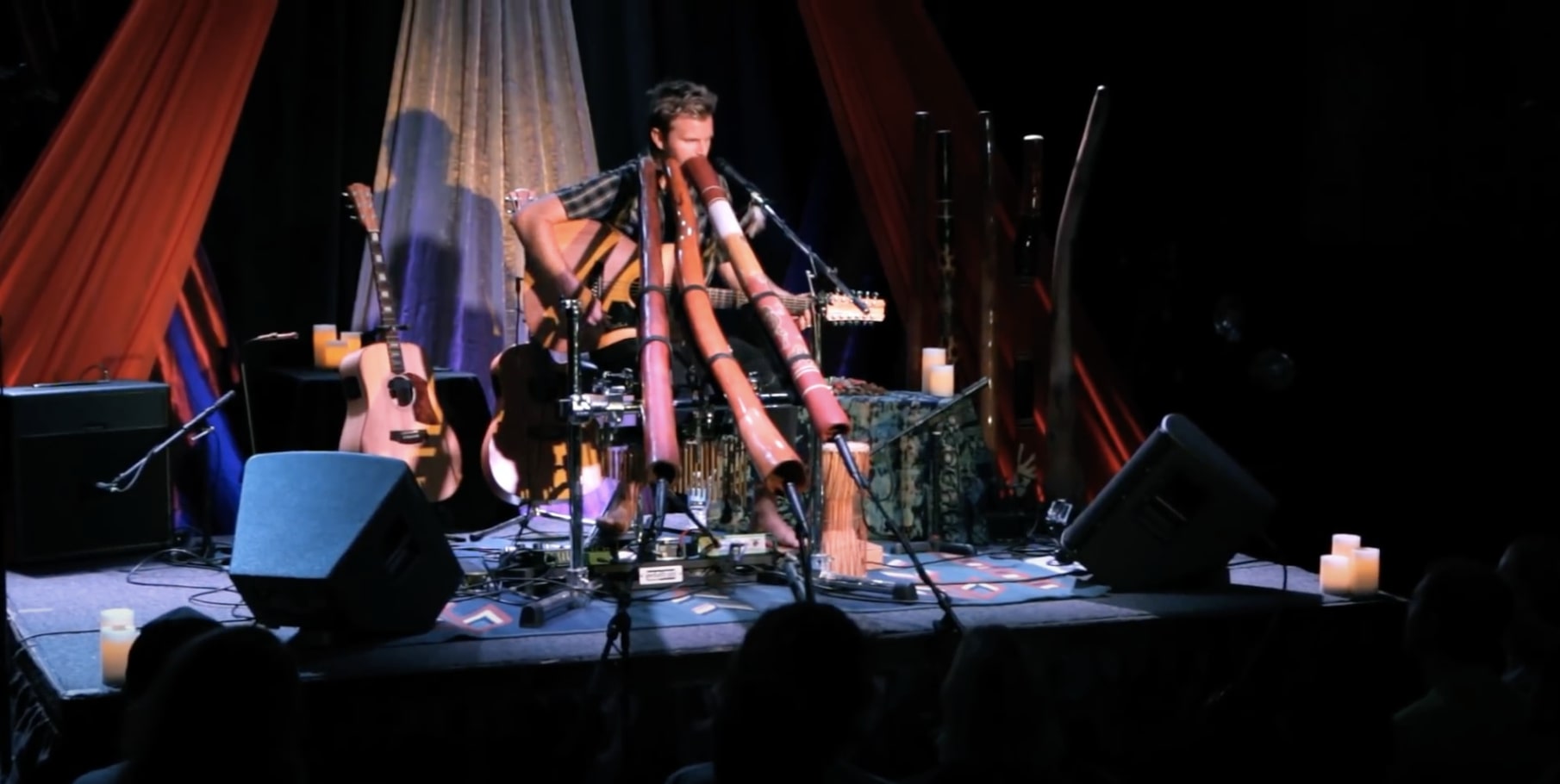 Trevor Green is a Southern California native, born and raised in the Southern California Surfing environment. His songs bring about messages of strong connections with the natural world as well as
conveying an enthusiasm for life. His soft spoken nature is one that is hardly recognized while on stage, as he fuels an intimate connection with those present.

Truly a self taught musician, Green creates a whole separate genre of music with his intertwined jams of
Acoustic 12 and 6 string Guitars, Lap Slide, Mandolin, Banjo, Didgeridoo, Stomp Box, Percussion, Tongue Drum,  and much, much more! Using all limbs to create this unique sound, he is an inspiring and refreshing breath of creativity.  As Green’s stage setup evolves so does his song writing, leaving fans with a curiosity of what sounds lie on the horizon.

At an early age Green took up the guitar and was never interested in formal training. Playing in
improvisational funk and bluegrass bands is where he began to culminate the sound that he has today. Deeply influenced by artists such as Michael Hedges, Ry Cooder, and Keller Williams, Green began to gravitate toward the solo performance. And so the journey began, writing tunes with the intent of performing them without a band. As time went on his setup grew, leaving his growing fan base with the funk filled tribal rhythms that he produces today.

Touring primarily throughout the Northwest, he continues to deliver high energy live performances leaving his audiences mystified and craving more.

Find out more about Trevor Green.

Kristian Benton’s Yidaki’s clearly hold the spirit of the land in which they come from.  Constructed with superior craftsmanship, these are some of the most responsive sticks out there.