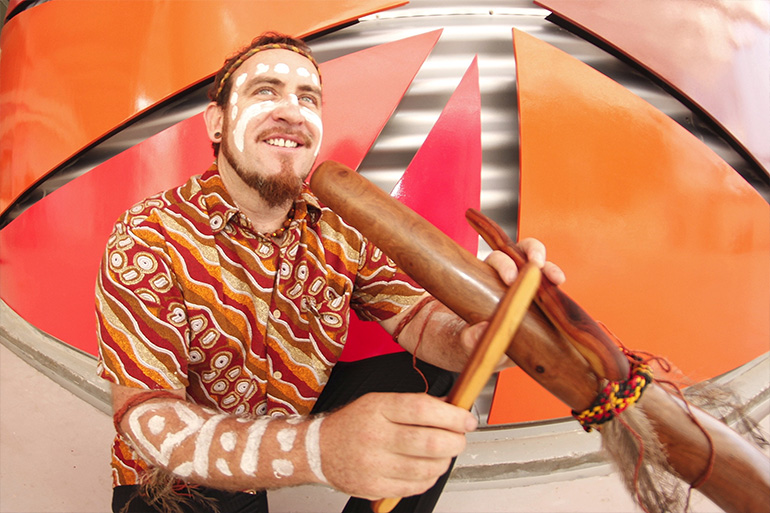 An expert crafter of didgeridoo’s for all skill levels

Kristian is an Australian Indigenous artist who is has dedicated his life to playing and crafting didgeridoos. He believes in finding the perfect didge for every player, from those just starting out to professional didge players all over the world. He has been making and playing his own didgeridoos since 1995. His musical and artistic talents are a gift he shares, along with his personal link to his own ancestors, the Ngemba people of North West NSW.

A quality performer and Didgeridoo craftsman

Kristian’s talent for finding and making concert quality instruments goes side by side with his expertise in playing them. This is an unbeatable combination and a valuable asset, as this allows him to make didgeridoos to very specific standards for his own and his customers satisfaction and enjoyment. Through this he is able to refine both his skill in crafting fine instruments and also his playing ability. Not many Didgeridoo / Yidaki crafters can claim to excel in both areas and this has led him to share his abilities in many local, national and international settings.

Kristian Benton was born in 1975 and grew up in central NSW in a town called Orange (Wiradjuri country).

His strong appreciation of Aboriginal culture began at an early age stemming from his indigenous roots.

At 19, while teaching Aboriginal art at a local cultural centre, Kristian discovered what would become his life long passion – the didgeridoo.
With lots of practice he taught himself how to play (long before the days of YouTube tutorials!) Soon after as his passion and interest grew, he began learning the art of finding, crafting and decorating didgeridoo’s/Yidaki’s.
Over the years he has studied and learnt from many experts and cultural leaders such as Ken Dundas, Mark Atkins and Djalu Gurruwiwi who is recognised as the spiritual keeper of the Yidaki.
In 2002, Kristian became a certified Indigenous creator.

Since 2011, Kristian has been travelling internationally representing Australia’s indigenous culture in many different settings. He has travelled to such places as the United Arab Emirates, South Korea, China, Vietnam, Mongolia and South Africa featuring on TV shows, radio and a variety of festivals, expos and government functions. He has played alongside artists such as Jessica Mauboy, Archie Roach and the late Billy Missi. He has performed for and met Princess Mary and Crown Prince Frederick of Denmark as well as many other dignitaries.

Kristian has released 3 albums, “Yidaki Vibes”, and the very successful “Spirit Alive” and “Learn to Play the Didgeridoo -with Kristian Benton”

He now lives in Coffs Harbour (Gumbayngirr country) which is situated on the mid-north coast of NSW. Here he runs his very successful and world renowned business “Yidaki Vibes” selling hand made, one of a kind didgeridoo’s and indigenous products.

In the last few years Kristian has been focussed on sharing his knowledge and experience by mentoring and teaching indigenous youth through his didgeridoo and cultural workshops.

Kristian Benton is dedicated to finding the perfect didgeridoo to suit each and every players needs. Kristian’s didgeridoos are in high demand through out the world by professional players and collectors. 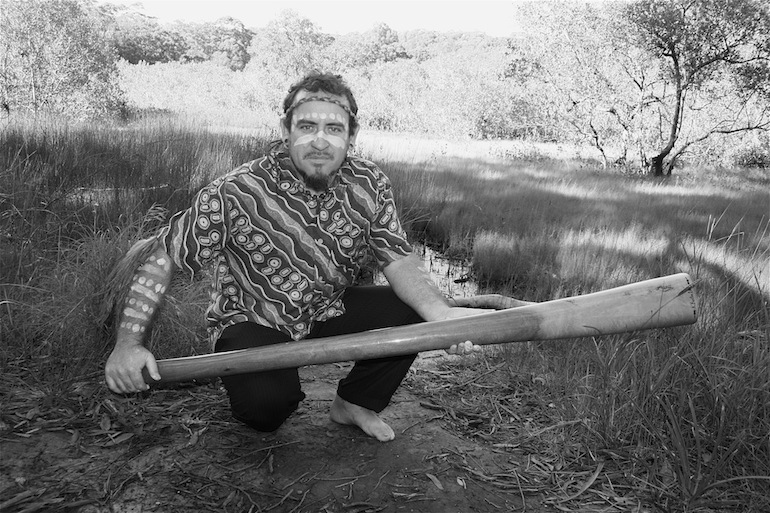 Ken Dundas was born in 1936 at Peak Hill Mission near Dubbo, N.S.W. He is part of the Kamilaroi Nation and is a self taught artist who has painted and drawn for most of his life. His mother was a member of the stolen generation. Although not taught directly by family members Ken has a strong and developed sense of design which relates to his Aboriginality. Creating artwork and artifacts has provided Ken with a means of economic independence as well as maintaining cultural maintenance. He is a contemporary of Don and Lloyd Nolan, both from Dubbo.

Ken married a Coonabarabran woman and moved to the area to live at Burra Bee Dee Mission. Coonabarabran is the gateway to the Pilliga Scrub and Warrumbungle Mountains. Ken is responsible for identifying sacred sites on behalf of his community and works with government organisations in locating and certifying them. He is also the Chairperson of the Coonabarabran Local Land Council. 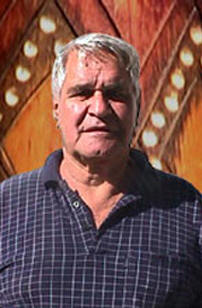 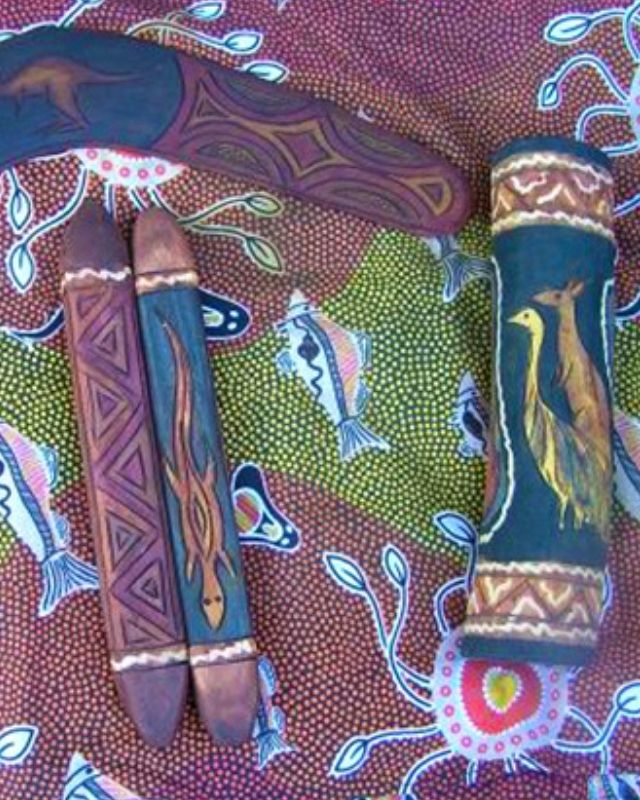